New Beginnings for An Old Favorite 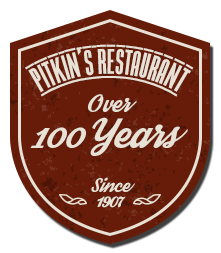 Over the past 114 years Pitkin’s Restaurant has been serving the Schroon Lake community and tourists in the Adirondack region with American favorites. Pitkin’s has now evolved into a full service restaurant with modern rustic décor and expanded healthy menu choices.

With fully renovated interior spaces and the additional of an outdoor patio, Pitkin’s now offers more dining options than any other venue in the area. 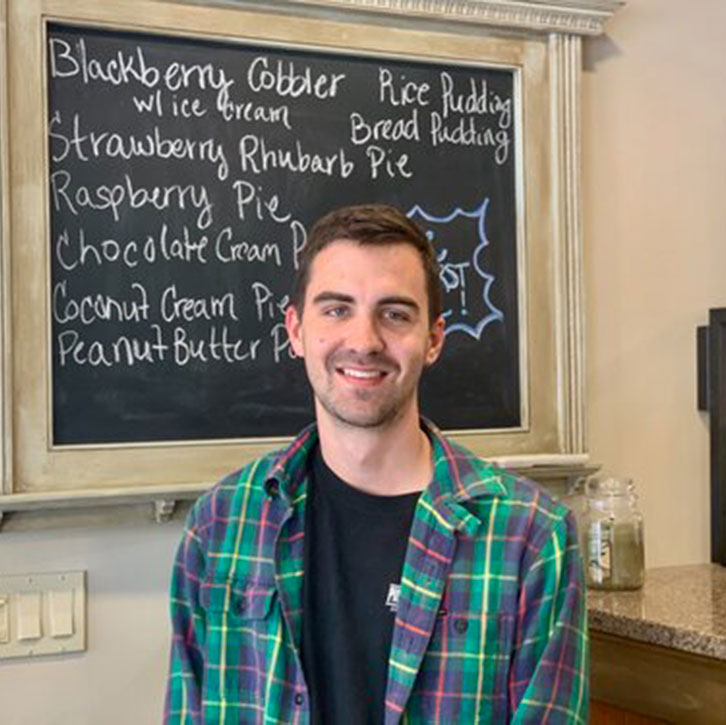 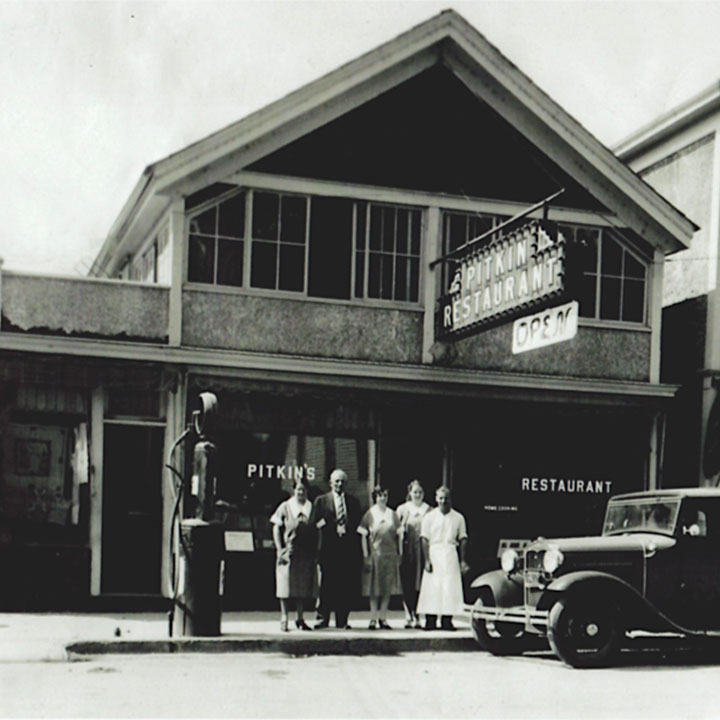 In 1907, when Theodore Roosevelt Jr. was President of the United States and watching a movie in a theater cost just a nickel, twin brothers Art and Archie Pitkin opened Pitkin’s Restaurant in Schroon Lake. 48 years later, in 1955, Pitkin’s Restaurant was sold by Archie Pitkin’s wife to John and Gisele Wilson. The Wilson’s daughter Marie married Randy Rice and together, in 1975, purchased the restaurant.

For the next 41 years Marie and Randy maintained the Pitkin’s tradition of preparing hearty meals to serve locals and tourists alike. Marie added her fresh-baked pies to the restaurant’s offerings and Pitkin’s pies became famous throughout the Adirondack region.

In 2016 Randy and Marie decided to pass the torch and sold Pitkin’s restaurant to Adam McCall and his wife Bridgett. Adam and Bridgett’s work to modernize the restaurant, expand its spaces and add new menu offerings ensued which resulted in the renewed classic Pitkin’s Restaurant that you and your family can enjoy today.

You can still have breakfast, lunch and dinner in booths that date from the 1920’s and Marie, having never lost her love for baking, can still be found in the Pitkin’s kitchen preparing her pies for holidays and special occasions.